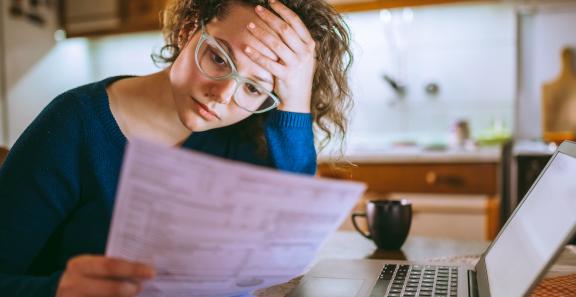 Identity Theft. It plagues millions of Americans every year.  If you haven’t experienced it yourself, chances are that you know someone who has.  Of the more than 3 million complaints collected by the FTC in 2015, over 490,000 of the complaints were about identity theft.  But that only accounts for cases reported to law enforcement.  The Bureau of Justice Statistics reported that there were a whopping 17.6 million victims in 2014.  You don’t even need to be alive to become a victim of ID theft!

After getting over the shock of finding out someone out there is posing as you, the hassle of correcting the damage can be quite burdensome as well.  While victims can spend countless hours, sometimes years, trying to clear fraudulent charges and restore their identities, debt collectors can often remain relentless.  Proving that you are not responsible for a debt can drag out the correction process even further.  Such was the story of California Assemblymember Bill Dodd (D-Napa), who became the victim of identity theft in 2015.  Having experienced the daunting task of repairing his credit, Dodd authored the California bill AB 1723 (also known as the Identity Theft Resolution Act) to help speed up the process.  The key provisions of this bill include:

The Identity Theft Resolution Act, which is set to go into effect on January 1, 2017, could prove to be a major win for victims as it significantly reduces the amount of time it takes individuals to clear their names.  Debt collectors will now have a specific time frame with which to investigate an ID theft claim and notify the appropriate parties.  During the often agonizing process of awaiting resolution, the victim can encounter higher interest rates, be bombarded with harassing collection phone calls, lose out on benefits and be denied loans.  This law will also help ease the emotional toll that the process can have on an individual.  As Assemblymember Dodd said, “Victims of identity theft deserve a transparent and speedy resolution process".  AB 1723 looks to be a positive step in that direction.