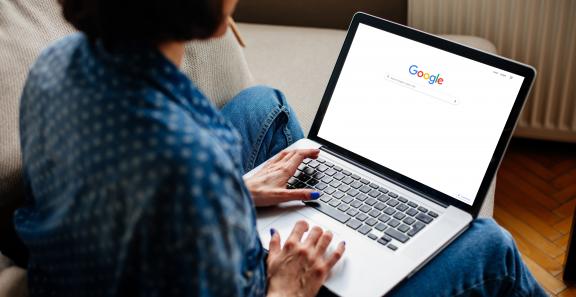 SAN DIEGO, WASHINGTON, D.C. -- A coalition of privacy and consumer organizations from California to Washington, D.C. have urged Google to post a prominent link on its homepage to its privacy policy. In a letter released June 3rd, 2008, the groups say this is required by California law and is the widespread practice of commercial web sites.

The organizations include the California-based Privacy Rights Clearinghouse, the World Privacy Forum, Consumer Action, the Electronic Frontier Foundation, Consumer Federation of California, and ACLU of Northern California, among others.

Google has come under criticism recently for failing to post a homepage link to its privacy policy, saying that it did not want to clutter its homepage. But several experts, including the head of the California Office of Privacy Protection, have said that Google should include the link.

The groups wrote to Google’s CEO Eric Schmidt, "We urge you to comply with the California Online Privacy Protection Act and the widespread practice for commercial web sites as soon as possible.”

Marc Rotenberg, Executive Director of the Electronic Privacy Information Center in Washington, D.C., said, "This is not rocket science. And the word 'privacy' is not got going to take up a lot of space on the Google homepage."

Pam Dixon, Executive Director of the World Privacy Forum in San Diego, California said, "Consumers should be able to access Google's privacy policy with just one click from its homepage -- this is an industry-wide best practice that Google is not exempt from.”

EPIC, the World Privacy Forum and the Privacy Rights Clearinghouse will hold a press conference Tuesday at 10 a.m. Pacific / 1 pm. Eastern to discuss the letter.

About EPIC:
EPIC is a public interest research center in Washington, D.C. EPIC was established in 1994 to focus public attention on emerging civil liberties issues and to protect privacy, the First Amendment, and constitutional values.
http://www.epic.org

We are writing to you on behalf of California consumers and Internet users around the world to urge Google to include a direct link to its privacy policy on its homepage.

Google's reluctance to post a link to its privacy policy on its homepage is alarming. We urge you to comply with the California Online Privacy Protection Act and the widespread practice for commercial web sites as soon as possible.