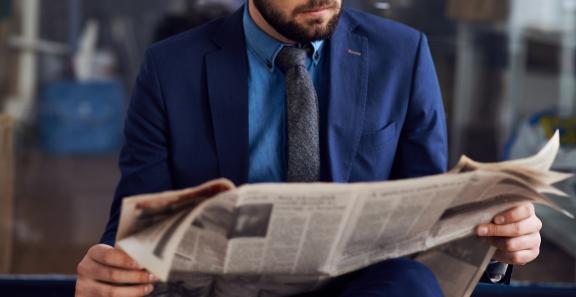 Today, the Financial Services Privacy Coalition published a full-page ad in major California newspapers. The attention-grabbing headline screamed, "SB 773: A Special Interest Experiment California Can't Afford." The ad urges readers to contact their state legislators and tell them to vote against Senator Jackie Speier's SB 773, which will be heard on the Assembly floor this week in its final push to the Governor's office.

[Update, September 9, 2002. In the final day of the California Legislative session, August 31, the Governor and "business-Democrats" attempted to weaken the bill with amendments that would have removed the heart of the bill, that being the opt-out requirement for affiliate sharing of customer data. The author rejected these attempts to water down the bill. The bill died.]

The group's name, as well as its web site's address, www.caprivacyprotection.org, bely the Coalition's true colors. It is an industry-backed organization, comprised of the California Chamber of Commerce and the major financial industry trade associations in the state.

The Coalition's newspaper ad contains outright distortions about the provisions of SB 773. Here are some examples.

No identity theft protection. The Coalition says SB 773 "does not do a thing to protect you" against identity theft. This is wrong. A core argument of the financial services industry has been that identity theft is a security issue and not a privacy issue. Thus, they argue, privacy legislation will do nothing to stem the growing number of such crimes.

Any identity theft victim will tell you this argument is false. Even the FTC rejected such an argument with the recent Microsoft case when Chairman Muris said "Good security is fundamental to protect consumer privacy."

In recent years, the Privacy Rights Clearinghouse has observed an alarming increase in the number of identity theft cases that have their roots inside businesses, including financial companies, where dishonest employees have been able to obtain customers' data such as Social Security numbers and then use it to obtain credit fraudulently. Our many years of experience assisting identity theft has taught us the following: the fewer people who have access to your sensitive financial information, the less likely you will be a victim of identity theft.

Senator Jackie Speier's SB 773 gives California consumers the ability to restrict access to financial information, and thus reduce one's odds of becoming a fraud victim. It's that simple. SB 773 provides an opt-in for the sharing/selling of customer data with outside companies. And her bill provides an opt-out for customer data shared with corporate affiliates. Your financial data will not be sold to third parties unless you give your affirmative consent - that's the opt-in provision. And you can fill out a simple form to tell your banks and credit card companies that you do not want your customer data shared with their affiliate companies and with companies they contract with for joint marketing agreements - that's the opt-out requirement.

More junk mail. If we were to give awards for absurdity, this would take the prize. The Coalition claims that SB 773 will mean more junk mail because it " . . . forces banks and insurance companies to send you more of those legal notices that you don't want." What the Coalition calls junk mail is actually a simple one-page form SB 773 would require companies to send you asking for consent to sell or otherwise share information with outside companies. The same one-page form would -- for the first time -- allow Californians to say "no" to sharing your personal information with affiliates and with their joint marketing partners. Junk mail? Hardly.

Telemarketing calls. The full-page ad says "SB 773 won't stop those dinnertime interruptions." This, again is a claim that flies in the face of reality. Financial companies can and do sell the telephone numbers of their customers to outside companies. They also share them with their affiliates. Recent cases brought by the Attorneys General of both Minnesota and New York found that the sale of phone numbers, even unlisted numbers, is a fundamental part of contracts between banks and third-party telemarketers. So, contrary to what today's newspaper ad says, SB 773 indeed gives consumers the ability to stop telemarketing that results from the sharing/sale of their phone numbers with other companies.

Special interest loopholes. The ad also claims that the bill is "full of loopholes that force some companies to comply while letting others off the hook." This statement is certainly an irony. The author of SB 773 has negotiated in good faith for 2 years with representatives of financial services industries. She has accepted several amendments to the bill that would, among other things, make the playing field more level for smaller financial institutions, especially credit unions.

It's an "unfair law that will raise prices, threaten jobs and disrupt California's economy." Yep, that's what the ad says SB 773 will do. What is unfair about a company getting your consent to be able to sell your sensitive financial data to other companies? For the first time, companies will be required to make a good case to you, their customers, about the value you will receive for enabling them to share your information with others. Perhaps, as one legislator noted, you will get a toaster for saying "yes" to data sharing. After all, that's the way it should be - getting something of value in return for financial companies getting something of value from you.

The final irony. The text of the industry-backed newspaper ad is in the shape of a giant keyhole. The image of a peep-hole has traditionally been associated with spying. How ironic that industry would choose a symbol that best portrays their own practices - and that conveys just what SB 773 is attempting to prevent.

To conclude: The Privacy Rights Clearinghouse defines privacy as the ability of individuals to control what is done with their personal information. Senator Speier's SB 773 enables Californians to exert considerable control over the sale and sharing of their sensitive financial data with other companies. The sky is not falling, as the backers of the newspaper ad would have you believe. There's no evidence that SB 773 will have any effect on jobs or economic activity. Rather, for the first time, consumers will be getting a fair shake from the financial companies they do business with.

The text of SB 773 can be found at the California Legislature's web site, www.leginfo.ca.gov.