Michelle's Story: Testimony to the U.S. Senate Committee Hearing on the Judiciary Subcommittee on Technology, Terrorism and Government Information 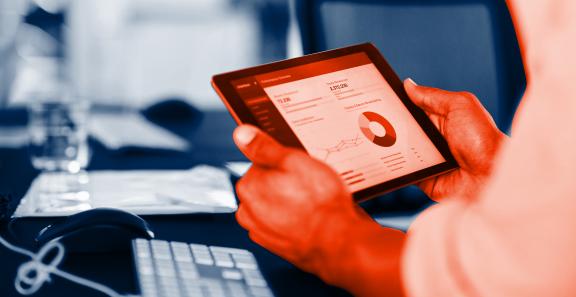 Mr. Chairman and Members of the Committee,

I am pleased to be in your presence today and I genuinely thank you for the opportunity to elevate the invasive crime known as identity theft. This is a topic that I am unfortunately, intimately familiar with.

My name is Michelle Brown. I am 29 years old and have been working in the disciplined field of international banking for the last 7 years. I am an ambitious and hard-working individual; I'm certain that I am much like any of your cousins, your nieces, your daughters. I believe that I strongly represent any average, respectable citizen of the United States. However, there is one clear-cut issue that separates me from nearly the rest of the population: I have lived and breathed the nightmare of identity theft. I will tell you first-hand, this is a devastation beyond any outsiders' comprehension, a nearly unbearable burden that no one should ever have to suffer.

Imagine establishing credit at age 17, and building a perfect credit profile over the next 11 years. Imagine working consistently since age 15, helping to finance your education at an accredited University to advance your future success in life. Imagine never having been in trouble with the law. Imagine the violation you would internalize as you realize some vile individual you have never met nor wronged, has taken everything you have built-up from scratch to grossly use and abuse your good name and unblemished credit profile.

That's precisely what happened to me. I discovered this new blackened reality on January 12, 1999, when a Bank of America representative called me inquiring about the first payment on a brand new truck, which had been purchased just the previous month. I immediately placed fraud alerts on my credit reports, cancelled all credit cards, and even placed a fraud alert on my Driver's License number. From that day forward, I unearthed the trail of this menace's impersonation and attempted to work with the current faulty system to protect myself from any further abuse. The system clearly failed me.

To summarize, over a year and a half from January 1998 through July 1999, one individual impersonated me to procure over $50,000 in goods and services. Not only did she damage my credit, but she escalated her crimes to a level that I never truly expected: she engaged in drug trafficking. The crime resulted in my erroneous arrest record, a warrant out for my arrest, and eventually, a prison record when she was booked under my name as an inmate in the Chicago Federal Prison.

The impersonation began with the perpetrator's theft of my rental application from my landlord's property management office in January 1998. Immediately, the perpetrator set up cellular service, followed by residential telephone and other utility services, attempted to obtain timeshare financing and department store credit cards, purchased a $32,000 truck, had nearly $5,000 worth of liposuction performed to her body, and even rented properties in my name including signing a year lease. Not only did this person defraud the Department of Motor Vehicles in obtaining a duplicate drivers' license (with my name and number) in October 1998, but she even presented herself as me with this identification to the DEA and before a federal judge when she was caught trafficking 3,000 pounds of marijuana in May 1999.

She remained a fugitive for almost 6 months while still assuming my name-- and was finally turned in by an acquaintance in July 1999.

Months later - in September 1999 - I was stopped at LAX's Customs after returning from a vacation in Mexico (after she was already in prison). While I explained my innocence to several agents in a stream of tears, and as I attempted to clearly distinguish this Michelle Brown from the "other Michelle Brown" with a criminal record, I was blatantly treated with strong suspicion. I was, as is typical for an identity fraud victim, guilty until proven innocent. I was finally let go after an hour, after the police were called to vouch for me. This situation reinforced my fear that I may be wrongly identified as the criminal, which could end up with my arrest, or worse yet, being taken into custody to serve time in jail. After having seen so many inefficiencies and blatant errors in the system, I feel no assurance nor can I receive any concrete evidence from authorities that this type of insane mix-up would never happen again.

It was tormenting to know someone was in essence living the good life at my expense, and I was left in the dust with the taxing chore of proving my innocence. The restoration of my credit and my good name was a seemingly never-ending process. I was forced to make literally thousands of phone calls, fill out various forms, submit all sorts of documents, and have many documents notarized. Without a doubt, I was entirely consumed with the whole painstaking process. I gained nothing from putting over 500 hours into the chore of restoration; all in all, it was an exhausting waste of a good person's time and a massive drain on my life and energy. At one point, I even feared my safety after I learned that the perpetrator had previously been linked with a convicted murderer. The whole identity fraud experience was, by far, the darkest, most challenging and terrifying chapter of my life.

I faced many difficulties in clearing my name, and I still face the fear that I will forever be linked with the perpetrator's criminal record. I have encountered widespread inefficiency and general insensitivity at nearly every turn, and know that there are most definitely not enough dedicated resources and governmental authorities to assist victims and to simplify the burden on the innocent's life.

Clearly changes need to be made. The Government not only needs to promote initiatives to shorten and simplify restoration of one's name and credit, but also to facilitate early detection and termination of an abused name, and most importantly, to deter criminals from the lure of such an easy crime by enforcing swift and severe punishment.

I think that Senator Feinstein's Identity Theft Prevention Act of 2000 is definitely a positive initiative and will put the legislation in the right direction to fight this crime. I support the two corresponding bills and recommend the enforcement of such initiatives.

I came here today because I feel responsible to limit the abuse of other innocent's names and their lives. I know how terribly tormenting it is to be a victim. I am living proof that identity theft is a very real crime, with very real victims, and true life-altering consequences. It's astounding that my life-long discipline to be a law abiding citizen, and to have the diligence to establish perfect credit, was reversed so easily, so quickly, simply because I represent the perfect victim in a criminal's eyes. This crime is clearly on the rise, and no one at this time is completely protected from becoming the next victim.

I realize the scenario of becoming an identity fraud victim seems entirely far-fetched and implausible to many of you. I know the feeling. I was once in your shoes.

I thank you for your time and for the opportunity to present my story and views today. I hope it is clear now that many changes need to be effected to the current system to combat this crime and protect victims. This fact is crystal clear in my mind.

Read More
What is a credit freeze?

Credit freezes (also called security freezes) prevent fraudulent accounts from being opened in your name by not allowing anyone to check your credit report.

Read More
Can I get a copy of my credit report?