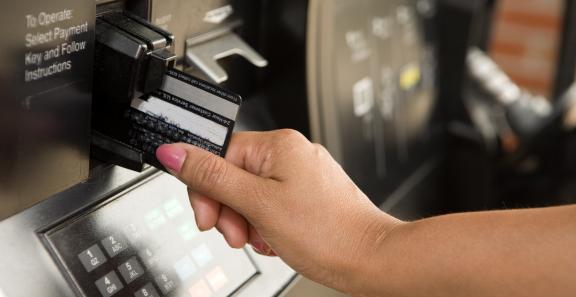 With the ability to steal many card numbers before being discovered, card skimmers placed in gas pumps can transmit their stolen information via Bluetooth.

In an effort to combat the problem, the U.S. Secret Service partnered with the University of California, San Diego and the University of Illinois, Urbana-Champaign to develop a mobile app called Bluetana. Designed to quickly detect Bluetooth-enabled card skimmers, it is now helping law enforcement agencies locate compromised gas pumps and reduce fraud.

According to Krebs on Security, researchers scanned 1,185 gas stations across six states with Bluetana and detected a total of 64 skimmers. They were all confiscated by law enforcement (including two missed in manual pump inspections).

While scanning Bluetooth signals for skimmers is not an idea unique to Bluetana, other apps designed to scan for these purposes have had issues with making false-positives as other types of devices can also use Bluetooth close by or within gas stations (speed-limit signs, weather sensors). Bluetana was developed with the idea of eliminating the false-positives that other apps could not.

Bluetana is currently not a publicly-available app.