Personal Information of Campaign Contributors: Letter to the Editor of the North County Times 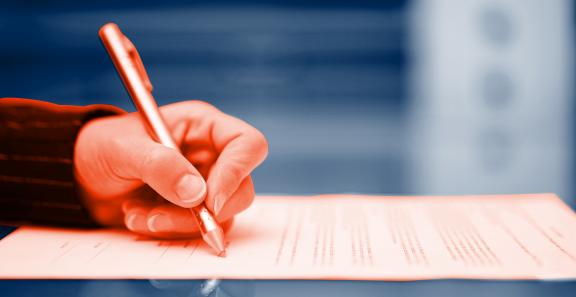 [The following is a letter to the editor of the North County Times by PRC Director Beth Givens regarding an editorial that ran on March 30, 2004.]

Your March 30th editorial on the website www.FundRace.org has it wrong. You tell people "there's no reason to fear" the fact that their name, home address, occupation, and campaign contribution information is on the Internet for all the world to see. You explain that for a democracy to operate fairly we must all be able to determine who is attempting to influence our government. I agree.

But that objective can be achieved without unduly violating the privacy of donors. Instead of exposing the residential addresses of donors online, why not simply provide the ZIP code rather than the entire home address? The same policy objective is achieved. We all can keep track of who gives money to whom, but one's home address is not exposed.

Many individuals have very legitimate reasons to not want their home address posted on the Internet. They may be victims of domestic violence or stalking and have moved away to escape the stalker. Individuals in certain professions must maintain the privacy of their home address for personal safety reasons. This includes law enforcement, judges and court officials, probation and parole officers, mental health professionals, even school teachers and doctors.

Such individuals will decide to not contribute to campaigns because they do not want their home address exposed on the Internet. Democracy also thrives on the maximum number of individuals participating in the democratic process, and that includes making contributions to candidates. We must not chill such participation with ill-conceived policies of exposing information like home addresses - which are highly sensitive and personal to many people - on the Internet.

There's a middle ground that preserves the public policy purpose for making campaign contribution information public while at the same time protecting personal privacy. And that is to not print the complete home address, but instead to show just the ZIP code, or alternatively, just the city and state of those who donate to candidates.

A Web site that went online this month, fundrace.org, will tell you at a few clicks of a mouse which of your neighbors have contributed money to Democratic or Republican presidential campaigns. You can search for contributions by ZIP code, and the program serves up names, addresses and amounts contributed to which candidate.

Some worried North County residents have expressed concern about creeping Big Brotherism. But such information has been available for years through the Federal Elections Commission. What's new is that anyone with a computer can call up the information in their living room. That's the service that the nonprofit corporation Eyebeam Research and Development is providing for free now through the Web site.

There's no reason for fear. The whole point of the admittedly feeble efforts our government has made toward campaign finance reform is to make the funding process transparent. Fundrace.org helps do that.

We want to know how much money corporations such as Enron at throwing at politicians and political parties. The same rules apply to citizens. Citizens, after all, can influence government too. That's the point of a democracy. So we don't worry about fundrace.org. After all, contributing money to a political campaign is nothing to be ashamed of.

How can I get my personal information listed on MyLife removed?

You can contact data brokers like MyLife directly to request that your information be removed, but there is no guarantee that you will succeed.

Read More
Is a website that has outdated information about me allowed to charge me to take it down?