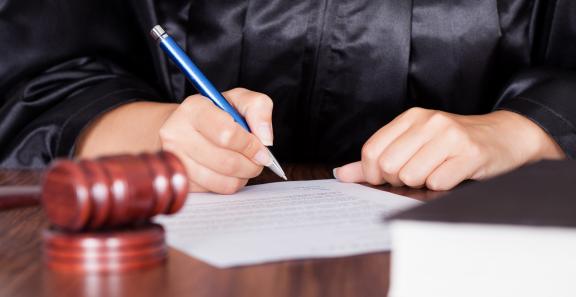 A long battle over financial privacy was decided yesterday as a U.S. District Court ruled that California's SB 1 legislation is not pre-empted by weaker, Federal standards. Californians now have more control over how financial institutions such as banks, insurers and brokerages sell and share customers' information.

According to Beth Givens, Director of the Privacy Rights Clearinghouse, "Californians finally have the control they've said they want over how financial institutions are able to disclose their account information to third parties and affiliates. We applaud the court's decision today because it indicates the true will of Californians and not the financial industry which has made significant profits from selling customer data."

Years in the making, California consumer groups, industry, and legislators hammered out a compromise with SB 1 in 2003 that even industry said was "reasonable and workable." The law enables consumers to have more control over how their financial information such as account balance, account type, name, address, phone number, and Social Security number are shared with third parties and affiliates. Before coming to a compromise, a ballot initiative spearheaded by E-Loan's Chris Larsen easily obtained enough signatures to put the issue to a vote.

Though SB 1 was slated to come into effect July 1, 2004, amendments to the Federal Fair Credit Reporting Act (FCRA) enacted in December 2003, were targeted to pre-empt California's tougher financial privacy law, in essence creating an end-run around the efforts in California. The financial industry filed a law suit to ensure that SB 1 would not go into effect.

Today's landmark decision states that SB 1 is not pre-empted by the FCRA amendments because the financial information maintained by banks is not considered "consumer reports" and therefore does not fall under the FCRA.