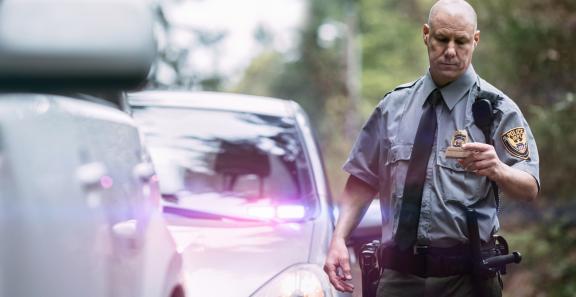 If you think identity theft is bad now, wait until something called the Real ID Act goes into effect. This law federalizes and standardizes state driver’s licenses for all 50 states, and it will result in something that has been resisted in this country for a long time -- a de facto national identity card.

The Real ID Act was pushed through Congress in 2005 with little meaningful debate. It imposes sweeping changes on state driver’s licenses that will result in significant new fees and hassles for everyone who needs a license or ID – not to mention posing a new threat to Americans’ privacy. And, our experience suggests that if Real ID becomes the standard for driver’s licenses, it will worsen the problem of identity theft.

The Privacy Rights Clearinghouse (PRC) has worked with thousands of ID theft victims, providing them with information and assistance in regaining their financial health. It usually takes months to repair the damage that ID thieves are able to cause in just a few minutes – if there’s an especially aggressive thief, it can take a year, even more. And during that time you’re in credit limbo. You can’t get a credit card, take out a loan, refinance your home – or if you do, the cost of your credit is much higher than it otherwise would be.

A lot of what makes it so difficult for victims is that they run up against a presumption that the transactions completed in their name are legitimate. Banks, merchants, and other creditors assume that the purchases that were made and the loans that were given belong to the victim – and the victim is forced to prove otherwise.

Real ID may just strengthen that presumption. If someone succeeds in getting a counterfeit Real ID under your name, you’ll have to confront a perception that Real IDs are more secure and difficult to obtain fraudulently.

Unfortunately, we all know that these IDs will be counterfeited within hours of release – and if they are perceived as super-reliable, they will be all the more valuable and attractive as a target for crooks. Crooks have always proven to be very clever and able to make IDs look realistic, and we have no reason to doubt this will be any different. They will figure it out very quickly – or simply bribe a DMV official somewhere in the country to provide a genuine (but fraudulent) card. A number of cases of bribery at DMVs have come to light in recent years. And merchants and government clerks simply are not experts in determining whether an ID they’re looking at is the real thing.

Real ID will also create new opportunities for ID thieves to commit their crime. The law requires DMVs to store scanned copies of birth certificates, Social Security cards, and any other documents that individuals present when they apply for a license. It creates a national linked database allowing millions of employees at all levels of government around the nation to access personal data. And it mandates a nationally standardized “machine-readable zone” that will let bars, merchants and other private parties scan personal data off licenses with greater ease than ever before, putting all that information into even greater circulation.

Real ID is the subject of an ongoing battle in the state legislatures, many of which are moving toward rejecting participation. Consumers concerned about privacy and identity theft might want to make their voices heard by contacting their state or federal legislators.

The ACLU's Real ID Web site includes the status of efforts in all 50 states and what consumers can do to take action: www.realnightmare.org.

The ACLU's Real ID scorecard, along with an explanation of each item and the grade assigned, is available at: www.realnightmare.org/resources/106.