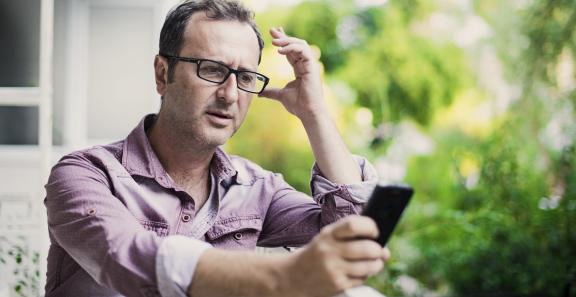 Debt collectors want permission to call your cell phone. They want to use autodialers in order to reach as many numbers as possible. Unfortunately, being debt free may not help you avoid these calls. Autodialers allow debt collectors to call so many numbers that the accuracy of the phone number is not assured. The person who had your phone number in the past may be in debt, but you may get the call. Or the collector might be calling the wrong John Smith. Another possibility is that you, the victim of identity theft, might be hounded by a debt collector calling your cell phone.

The law currently protects consumers from such calls to cell phones, but the debt collectors want that to change. The Telephone Consumer Protection Act (TCPA) and Federal Communications Commission (FCC) Rules say automatic dialing systems cannot be used to call your cell phone, pager, or other device when you are charged for the call . The only exception is for emergencies or calls you approve in advance.

Debt collectors and their trade association, ACA International, are now asking the FCC to say that the law does not apply to them. ACA has filed a petition asking the FCC to allow autodialed collection calls to cellular phones. ACA has over 5,800 member collection companies and hundreds of debt collectors have filed comments in favor of autodialing. Some consumers have commented as well, but the FCC has not heard from nearly enough consumers.

To read a sampling of what debt collectors say and comments from other consumers, go to: http://gullfoss2.fcc.gov/prod/ecfs/comsrch_v2.cgi and put in '02-278' under 'Proceeding.'

We think autodialers should not be used to call cell phones. First of all, the law doesn't allow it. Second, you are charged for incoming cell phone calls. Collection calls also result in many consumer complaints about abusive language, calls at odd hours, calls to employers and others. The federal Fair Debt Collection Practices Act prohibits abusive collector calls, but still many people experience these problems. Debt collectors do not currently bother to ensure that the person they are calling is truly the debtor, and there is no evidence that they will be more cautious when calling cell phones. This disregard for accuracy is unacceptable when you must pay for every minute of cell phone use. Don't let the debt collectors bully the FCC into saying debt collectors are above the law.

If you want to voice your opinion or tell the FCC about an experience you've had, you can easily file an "electronic" comment. http://gullfoss2.fcc.gov/prod/ecfs/upload_v2.cgi Be sure to include the Proceedings Number "02-278." Put either your name or "consumer" as the applicant in box 3. If you do not want your name to be included in the public comments, then be anonymous and use the word "consumer" here. Your comment does not have to be long. At the bottom of the electronic comment web page, you will find a place to file a "brief comment."