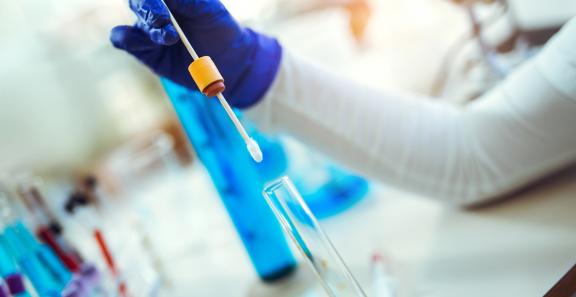 The Privacy Rights Clearinghouse is urging Californians to vote against an extremely troubling and misleading initiative in the upcoming November 2nd election. Proposition 69, called the “DNA Samples. Collection. Database. Funding. Initiative Statute” significantly expands the collection of DNA from convicted felons and from individuals who have been arrested.

The PRC believes that the provision mistreats those individuals who have been arrested, although never charged with or convicted of a crime. Any person considered a suspect in a crime, detained at a political rally, or someone brought into a police station due to mistaken identity will now become subject to an unavoidable loss of personal privacy by having to provide a sample of their DNA to law enforcement.

Every year in California, there are at least 50,000 arrests that never result in people being charged with a crime. Arrests might range from traffic stops to mistaken identity. Under Proposition 69, these people must provide a DNA sample. Everyone that is arrested for any felony whatsoever -- even trespassing, shoplifting, or writing a bad check – will be subject to DNA testing, sampling, and filing in criminal databases.

Here is how this initiative expands DNA collection:

California already requires the collection, testing, and storage of DNA from serious and violent felons, including kidnappers, rapists, murderers and child molesters. Proposition 69 represents a dangerous departure from current law because it would treat innocent individuals the same as those convicted for crimes, and would put them in the same criminal records database, administered by the California Department of Justice.

To make matters worse, Proposition 69 makes it very difficult for individuals to get their DNA sample and related data removed from such databases once they have been finally determined to be innocent. The Proposition places the burden on innocent individuals to take the following steps to have their records expunged:

But it gets even worse. Under Proposition 69, the court can deny your request and the court’s decision cannot be appealed.

These burdensome procedures, combined with the prospect that one’s request can be denied by the court with no right of appeal, virtually require that individuals hire legal counsel to ensure that the expungement request is successful.

To summarize, the PRC believes that it is a dangerous precedent to add arrestees -- individuals who have not yet been determined to be guilty -- to the state’s criminal records databanks. This provision of Proposition 69 subverts the principle that you are innocent until you are proven guilty. Further, it is bad public policy to put the financial and procedural burdens on innocent people to remove their DNA records from criminal records databases. For these reasons, the PRC opposes Proposition 69.

To learn more about Proposition 69 and why the PRC opposes it, visit www.protectmydna.org.

To read the entire proposition plus the arguments by both the proponents and opponents, visit the California Secretary of State’s web site, www.ss.ca.gov/elections/bp_nov04/prop_69_entire.pdf.

Read More
Should I give my ID to a dating website/app?

It depends. While some dating services do require you to submit a copy of your ID to participate (helping prevent fake/inaccurate profiles, catfishing, dating scams, etc.), it's a good idea to make sure the service and website are legitimate before providing any information.